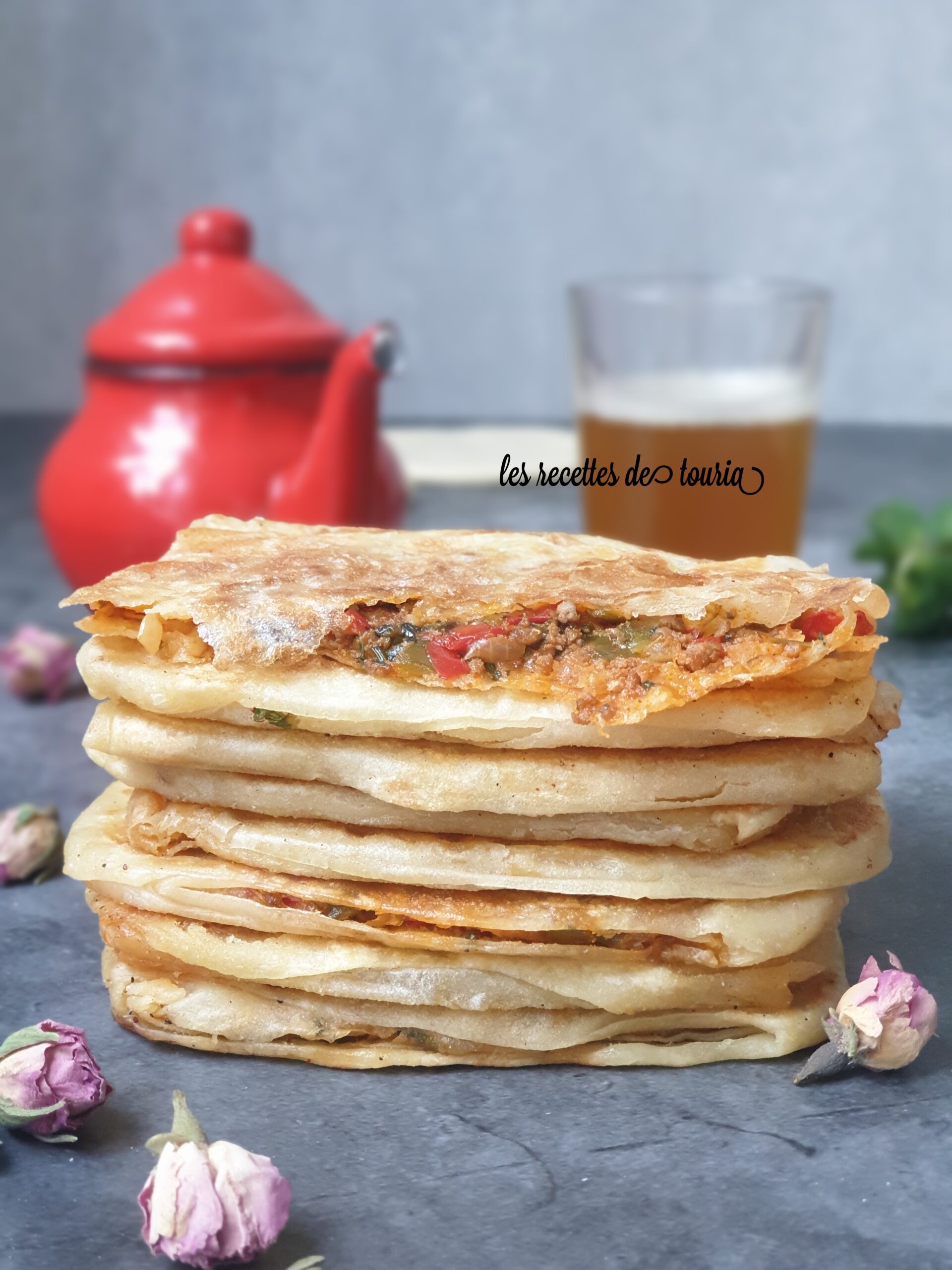 A SIMPLE AND EFFICIENT RECIPE.

Puff pastry pancakes known and appreciated throughout the Maghreb, They can be sweet or savory according to your desires, you can also stuff them. 😉

✔For laminating
💥50ml of oil
Butter

♦️ ️In the robot bowl put the semolina, flour, sugar and salt.
♦️ Gradually add water until you have a soft and elastic dough.
♦️ ️Put your dough in a freezer bag and let it rest for 30min
♦️ ️Oil a plate or a work surface and place your dough on it.
♦️ ️Divide the dough into a small ball.
♦️ ️ Cover them with cling film to prevent a crust from forming and let stand for 15 minutes.

✔ preparation of the stuffing
♦️ ️In a sauté pan, cook the minced meat in the oil with the onion, cilantro and all the spices. Crush it with a fork. Book.
♦️ ️In another sauté pan, brown the peppers and onions in a little oil. Season with salt and pepper and sprinkle with a little paprika.
♦️ ️Then mix the peppers and the minced meat. Book.
♦️ ️Pour a little oil on the hands, spread each ball with your fingers into a fairly thin sheet.
♦️ ️for folding I invite you to watch my tutorial on my YouTube channel the recipes of touria
♦️ ️Bake the 1st side and the 2nd on a pan.